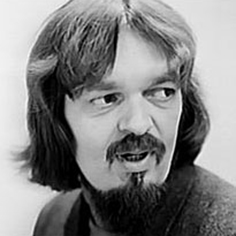 We were all saddened to hear the announcement of Art Roberts’ death on Friday, March 21, 2003. We extend our deepest sympathies to his family. A Music Department faculty member for over twenty years, Art retired from his position in the summer of 1999. The photo at left was taken here at Vanier in the 1970s.

Art is fondly remembered both by friends, colleagues and former students alike. A wonderful article was published in the Montreal Gazette of Saturday, March 29th, entitled “A Musician’s Musician” written by Alan Hustak.The entire article comes below.

Art Roberts, a jazz pianist and a highly competent teacher who died of pneumonia on March 21 in the Jewish General Hospital at the age of 72 was remembered at his funeral Thursday as a musician’s musician – a cerebral player who was never as famous as he deserved to be.

“He was a world-class pianist who chose to teach, who didn’t record or play all that much in public,” fellow musician and teaching colleague Joe Sullivan told The Gazette.

“He was extremely intelligent. He had a mind like a steel trap. He could tell you the chord changes in the ninth bar of a certain obscure tune. He knew the repertoire inside out. He transcribed and analyzed jazz music so he could teach it. He was very thorough.”

Arthur William Roberts, a machinery salesman’s son, was born in Montreal June 7, 1930, and grew up in Park Extension. He started playing the piano by ear when he was at the Montreal High School. He then took lessons from the legendary Steep Wade, and from Al Haig, the American bebopper who was living in the city at the time.

Roberts initially worked at a variety of odd jobs and played weekend dances until 1949 when he turned professional.

He joined Peter Barry’s Latin Dance Band in the early 1950s, then led a quartet at Rockhead’s Paradise Caf?, the Monte Carlo and the Vieux Moulin.

He was a founding member of the Montreal Jazz Workshop.

In the late 1950s vocalist Claire Lussier, who sang under the stage name Eve Adams, hired Roberts as pianist for her trio. They were married in 1960 and have one son.

In the early 1960s Roberts recorded advertising jingles for radio, and started teaching music at Vanier College in 1974. He also taught at a CEGEP in Drummondville, at the Universit? de Montr?al and at Concordia University.

“His class was paradise. He knew everything there is to know about jazz,” said Andr? White, an associate professor of music at McGill University who studied with Roberts at Vanier College in 1978.

“All of his students were in awe of him. He had so much wisdom and was totally passionate about music. He knew everything about a large list of all the musical giants – Charlie Parker, Bud Powell and Thelonious Monk – he would just seek out and find their various stylistic traits and pass it on to his students. He was so well organized.”

During the mid 1980s Roberts was a lounge pianist performing in such venues around the city as the Bonaventure Hotel, the Ramada Inn, Ruby Foo’s and at Biddle.

He also accompanied saxophonists Sonny Stitt and Don Menza whenever they played Montreal.

He retired from teaching four years ago.

“He had a lucky life. He did what he loved most and never stopped doing it,” his wife told The Gazette.

“He was a very dedicated teacher, who liked to teach beginners so they wouldn’t get into any bad habits. As a teacher he never stopped learning.

“Even near the end he was discovering new things. Shortly before he retired one of his students told him to try the synthesizer. He practiced and played every day.”

In the event that a member of the Vanier community learns about the passing of either a current or a former employee, please contact Isabelle Moncion, Director of Communications and Corporate Affairs, directly at extension 7543 or via email so that we can communicate the information/funeral details to you as quickly as possible.Thank you for your collaboration.

Student For A Day

Visit a class in the program of your choice.