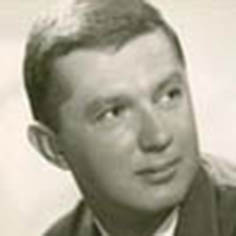 Vanier was saddened to hear of the passing of Al Baculis, a former faculty member of the Vanier Music Department who taught here for nine years from the mid-1970s to the early 1980s. Our deepest sympathies are extended to his friends and family. Below is his obituary notice as well as links to two tribute stories that appeared in The Hour and the Montreal Gazette.

OBITUARY AL BACULIS SR. Passed away peacefully on January 22, 2007 in Seminole, Florida, age seventy-six. Beloved husband of Margo. He will be dearly missed by his son, Alan in Montreal, his daughter, Heather (Andrew Todd) his grand-daughter, Neela Todd in Vancouver, his sister, Isabelle Bacal in Montreal and his sister-in-law, Kathy Collier in Toronto. Al attended McGill Conservatory of Music, studying clarinet and composition. He was a jazz virtuoso on the clarinet, tenor and also saxophones, later becoming well known as an arranger and composer for both radio and TV for, Radio Canada, The CBC and The National Film Board. He traveled to the Middle East and Europe to entertain the U.N. troops. Al wrote and arranged the orchestral theme for the closing ceremonies of the ’76 Olympics. He later taught arranging and composition in the music departments of Vanier CEGEP and McGill where he was loved and respected by his students. Al and Margo retired to Florida in 1993. He was a life member of Musician’s Guild, and a Shriner. Al was a loyal and generous friend who shared his great sense of humour with everyone. He will always be remembered by his family and friends for his loving spirit. Donations may be made to the Canadian Cancer Society.

The last passing of the torch
Jamie O’Meara, The Hour / February 1st, 2007

There are many in Montreal’s various musical communities who may owe a debt to Al Baculis. Not Phantom Power (and former Bootsauce) bassist Al Baculis – who is doubtless owed a few debts himself – but rather his father, Al Baculis Sr., who taught music composition at both Vanier College and McGill throughout much of the ’80s. Those students will be among the many saddened to hear of Al Baculis Sr.’s death last Monday, Jan. 22, after a battle with cancer. He was 76.

A virtuoso clarinettist who also excelled at alto and tenor sax, Baculis enjoyed an illustrious playing career prior to teaching, joining the Canadian Jazz All-Stars – a Montreal-based quintet – in 1953 at only 23 years of age. Baculis would win the CBC All-Star Jazz Poll for his playing with the quintet, a victory he would repeat several years in a row. He was also a regular player in local ensembles that backed visiting stars, including Eartha Kitt, Edith Piaf and Tony Bennett in the ’50s and ’60s.

Baculis was a familiar name on live radio and TV on both French and English networks (later he would become a respected arranger and composer for Radio Canada, the CBC and the National Film Board, among others). In 1967, he founded the Al Baculis Singers, a six-part pop/jazz vocal ensemble that included his wife, Margo MacKinnon, and would go on to compose and arrange music for a galaxy of Quebec vedettes: Ginette Reno, Céline Dion and Michel Louvain, to name but a few. And in the mid-’60s, he accompanied a group of musicians entertaining UN troops stationed overseas, an honour he never forgot.

However, it was in 1976 that Baculis composed, arranged and performed the theme for the closing ceremonies of the Montreal Olympics, one of the loftier peaks in a career marked by many high points. “I remember there was a streaker running around in the background while he conducted,” laughs son Al. “I’ve never had a gig like that!”

Baculis passed away in Florida, where he’d retired. “He was a loyal and generous friend who shared his great sense of humour with everyone,” says daughter Heather. “[He] will always be remembered by his family and friends for his enormous capacity as a loving husband, father and grandfather.”

It’s one thing to be gifted with such talent, and he surely was!, but it’s another thing to be able to pass it down through his teachings. I’ll never forget my music teachers. They don’t only teach you techniques and theory and practise, but music really is a way of life. It’s a language inpenetratable to those who don’t appreciate music (if there are any left, that is!). I always thought that music was the cure, but poor Al Baculis’ cancer did not survive it. And what a way to pass such gifts and memories to generations to come. Through his music and his works, he will be eternal… always.

My sincere condolences to Al senior’s family for the loss of this great musician; often enough we don’t give credit to these artists while they are alive. Having been versatile in his career is what set him apart from other bassists, having composed and arranged songs or accompanying UN troops which we would take for granted. Visiting artists should only find the same type of quality accompaniment from young jazz musicians today.

A passionate musician with his own way of doing things
Known for his arrangement of the theme for the closing ceremonies of the 1976 Olympics
ALAN HUSTAK, THE GAZETTE / February 18, 2007

Nothing in his background suggested Al Baculis would have a career in music. It was only after hearing Artie Shaw, the top alto sax and clarinet player of the 1940s, that Baculis was inspired to take up the clarinet.

Baculis was still at McGill University when it became apparent his talent was extraordinary. He would go on to become a jazz virtuoso and musical arranger and teacher.

Baculis, perhaps best known for his arrangement of the theme for the closing ceremonies of the 1976 Olympics in Montreal, died of lung cancer Jan. 22 in Seminole, Fla. He was 76.

“He was very knowledgeable about jazz music, intrigued by harmony and devoted to and interested in modern classical music,” said André White, associate professor of jazz at McGill University, who had Baculis as a teacher.

“He was very impressive as an improviser, and under-rated as a saxophone player.

“He had his own way of doing things and if you understood his way of thinking, his classes were much easier. He was very passionate.”

Joseph George Alphonse Allan Baculis was born in Lachine on Nov. 21, 1930, the son of Lithuanian immigrants.

“He was certainly no Alphonse,” his widow said, “he tried to get rid of that name all his life, but every time he tried to change it legally, authorities in Quebec wouldn’t allow him to. When he legally changed his name to Allan, the bureaucrats simply added it to all his other names.”

Determined to become a musician, Baculis studied music, theory and composition at McGill. He obtained his degree in 1947.

While still going to university he played in the Laurentians with Paul Bley, with Roland Lavallée at the Top Hat in Montreal, with accordionist Gordie Fleming, guitarist Buck Lacombe and with Vic Vogel’s big band.

In 1953, he was hired to do a daily show on CBC radio, but he broke his two front teeth in a car accident, and couldn’t accept the job. Baculis joined the Canadian Jazz All Stars and began arranging and playing with various show bands at the El Morocco, Chez Paree, and with Denny Vaughan’s orchestra at the Queen Elizabeth Hotel. During this period in his career he was named Canada’s best clarinetist for five years running, topping the nationwide Jazz Unlimited poll.

In 1965, he started the Al Baculis singers, a vocal group that was heard regularly on CBC radio and television. “He made a good living writing full time for television and the National Film Board,” said his son, Alan Jr.

“He was a great arranger who was as much a fan of Franz Walter Schoenberg and Bartok as much as he was a fan of jazz writers. He was also very much influenced by Gil Evans, the Canadian-born arranger who collaborated with Miles Davis on his Porgy and Bess and Sketches of Spain albums.”

During the ’60s and ’70s, Baculis toured Europe and the Middle East entertaining the Canadian military with Vic Vogel’s band.

“He had a big head, so I always called him fat head. It was meant as a term of endearment,” Vogel said.

“Al was very talented, but he never fully realized his potential. He remained a side man. He could have been a great band leader, but he didn’t have any ambition. He was content to arrange for the CBC, produce jingles and teach.”

Leaving studio work in the mid1970s, Baculis taught arranging and composition for nine years at Vanier College and for five years at McGill.

“I never specialized, I was a jack of all trades where music was concerned,” he once told a reporter.

“You have to if you want to keep on working, because, let’s face it, musical styles change rapidly.”

An amateur astronomer and a sports car enthusiast who drove a Shelby Cobra, a Jaguar and an Austin Healey, he retired and moved to Florida in 1993.

Baculis is survived by his wife of 44 years, Margo MacKinnon, and by their two children, a daughter, Heather, and a son, bassist Alan Jr.

In the event that a member of the Vanier community learns about the passing of either a current or a former employee, please contact Isabelle Moncion, Director of Communications and Corporate Affairs, directly at extension 7543 or via email so that we can communicate the information/funeral details to you as quickly as possible.Thank you for your collaboration.

Student For A Day

Visit a class in the program of your choice.